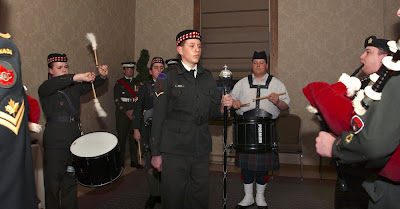 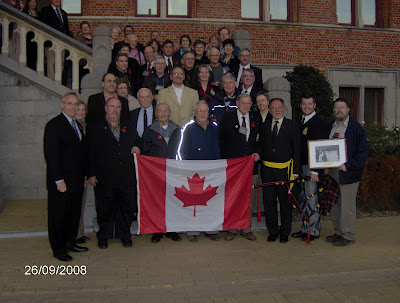 fundraising campaign to help the soldiers return to Knokke-Heist, Belgium for the 65th anniversary of the city's wartime liberation. Last December, Count Leopold Lippens, the city's mayor, invited the Glens to return and receive the Freedom of the City in recognition of their liberation from Nazi occupation on Nov. 1, 1944. The mayor also expressed the wish to re-dedicate the Flag of Remembrance the city presented to the Glens' on Nov. 1, 1945. The flag is currently displayed in the Cornwall Armoury.
The Freedom of the City parade will be held Nov. 7, 2009 in Knokke-Heist's central square. The following day the Glens' will march in the annual Canadian Liberation March, a 33-kilometre route from Hoofdplaat, the Netherlands, to Knokke, Belgium. The march retraces the battlefields over which the Ninth Canadian Infantry Brigade, which included the Glens, fought during the bloody Battle of the Breskens Pocket in October, 1944. This historical invitation is a huge honour, says the Foundation's president. "To be accorded this tremendous honour, the Freedom of the City, especially of a city that was liberated during wartime, is an event of great historical importance in a regiment's history, even for a regiment with as long a history as the Glens," said retired Brig.-Gen. Bill Patterson, Regimental Foundation president and co-author of an updated history, Up The Glens! The foundation is hoping that others feel the same way. All donations will be gratefully accepted to support funding of this initiative, and will be acknowledged with a tax receipt.
The aim of the fundraising campaign is to help defray the costs of sending about 70 officers, soldiers and members of the Pipes and Drums overseas for the commemoration. The Glens will be accompanied by those Second World War veterans who are up to making the trip.
Checks can be made out to the S, D & G Highlanders Regimental Foundation, 505 Fourth St. East, Cornwall, ON K6H 2J7.
"This may be the last chance for the people of Europe to see their liberators, and for our veterans to pay their respects to their fallen comrades who never returned from Europe," Patterson said. "For our younger soldiers, it will be a profoundly moving experience to witness firsthand the great gratitude still felt by the people of Europe for their freedom, paid for by the sacrifice of Canadian soldiers so long ago."
Gepost door oronieuws op 04:13 Geen opmerkingen: 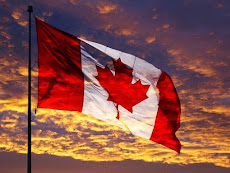